A weekend off. And with a major midterm coming up in Symbolic Logic, I should have spent my time doing this . . . 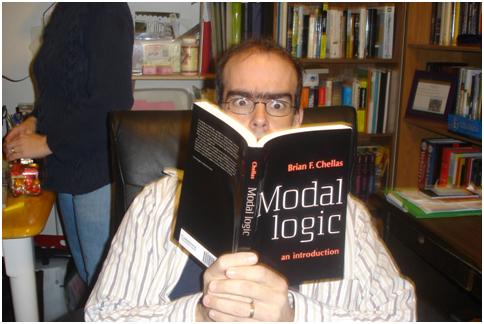 Definitely more interesting. Not only do the concepts of philosophy fascinate me. I also enjoy diving into the lives of the great philosophical minds. Most of these chaps were far from boring. But I wasn’t all nose-stuck-in-a-book, boring man. Oh no! I did some of this . . .

. . . after going to Wal-Mart to buy a new leaf rake. What good is raking leaves if you can’t put them in a big pile and bury one of your kids in it? During our drive to and through town, we saw some beautiful . . .

. . . and interesting things. Like, what’s up with this dude? 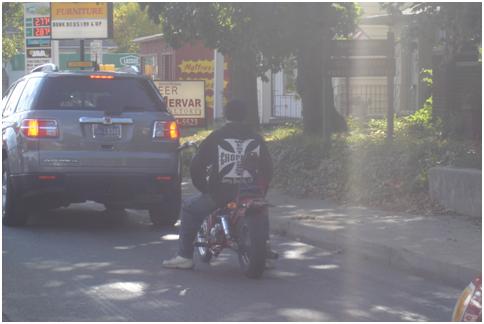 Is this just-a-bit-better-than-a-moped, sounding more like a lawnmower than anything motorcycle-related, merely a baby step toward owning a real chopper? He had the look, though. The one that says, “I am one bad-ass dude!” I hope he gets there one day.

Speaking of looks, my daughter had one as well . . .

A look that says, “Why, oh why, did you wake me up this morning?!” Trust me kiddo, I can relate.

I spent a small portion of the weekend contemplating the “coolness” of my new Man Purse . . .

I needed something to carry all my crap in while at work. I move around the plant quite a bit, doing different jobs as necessary, and hate to try and juggle my books and medication and tools. So I bought a book bag. It’s heavy-duty, has a bunch of pockets inside, and a lifetime guarantee. But I wonder if it’s a bit too girlie looking . . . 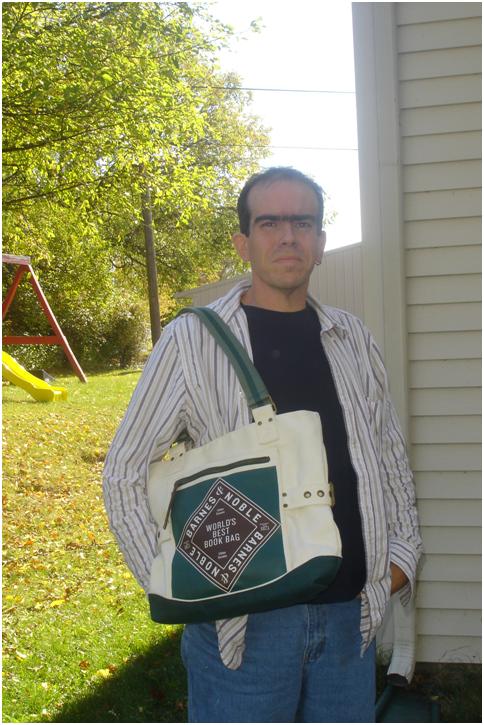 Some of the guys at work are giving me shit about it. Which doesn’t bother me, per se; I am confident enough in my manhood to carry a pink BlackBerry . . . 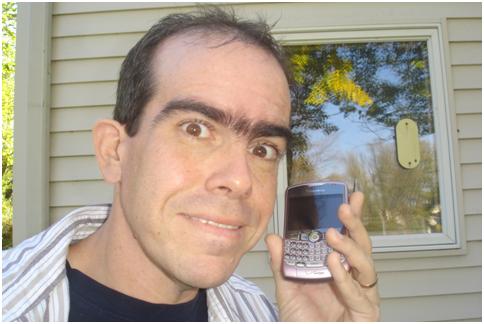 . . . which doesn’t really look pink in the picture, but you are an imaginative bunch. And what’s up with that look?! It’s so Attack of the Unibrow Man! Maybe if I struck a manly pose . . .

Nah! Perhaps I should go for the Jack Bauer Man Purse . . .

He let his new girlfriend give him a trim. This is a kid who would rather listen to Hannah Montana than get a haircut. That’s a whole lotta love, I tell ya.

So, yeah, I didn’t study much this weekend. I should probably do some right now. But the sisters just showed up . . .

This was going to be a post about procrastination. But I’ll write it later . . .

In the meantime, I have some more cool moments to participate in. And isn’t that what the weekend is all about?

And, just because WordPress now says I can, how ’bout a quick poll . . .